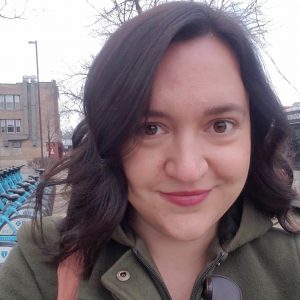 Alexandra Lindgren-Gibson is a historian of modern Britain and empire. She received her BA from Lawrence University, her MA in History with a specialization in Public History from Arizona State University, and her PhD from Northwestern University (2016). Her research interests are located at the intersection of histories of the British colonial world, class formation, family history, and the histories of race, gender, and sexuality.

Her book project, Working-Class Raj: Making a British Imperial Nonelite, reframes British working-class history as part of global history, asking what happened to working-class men and women when they left Britain and travelled to India, where their social worlds were upended by the disruptive addition of race to seemingly unshakeable British social hierarchies. The book makes two key interventions: first, it delves into the experiences of these working-class men and women in their own words, drawing on a diverse collection of letters and diaries which allow us to hear directly from these people for the first time. Working-class Britons in India enjoyed enormous privilege, reliant on native Indian labor and living, as one put it, “like gentlemen.” But within the hierarchies of the Army and the railyard they remained working class, a potentially disruptive population that needed to be contained. The class confusion that resulted shows up in the writings of these men and women and in the records of charitable organizations, the British Army, and the Government of India. Second, Working-Class Raj argues that the history of the British working class cannot be fully understood if the imperial part of the story is left out.  Working in India and other parts of the empire, emigrating to settler colonies, often returning to Britain, all the while attempting to maintain family ties across imperial distances—the British working class in the nineteenth century was a globalized population. Understood in this framework, the story of the British working class in India becomes part of the larger history of mass movements of people and cultures around the globe in the nineteenth and twentieth centuries.

Dr. Lindgren-Gibson’s work has been published in the Journal of Colonialism and Colonial History and supported by the Charlotte W. Newcombe Foundation, the International Association for the Study of Sexuality, Culture, and Society, and Northwestern University’s Chabraja Center for Historical Research, and the University of Rochester’s Humanities Center.

Dr. Lindgren-Gibson teaches graduate courses on European and imperial history and undergraduate courses on the history of modern Europe, the British Empire, gender and sexuality in European history, and the history of shopping. She also teaches undergraduate courses in Public History. In her Winter 2019 Public History classes, students collaborated to create an online exhibit sharing original research into the Neilson’s Department store archive, housed in the University of Mississippi Libraries’ Archive and Special Collections. Take a look at their work here: https://neilsonsdepartmentstore.wordpress.com/