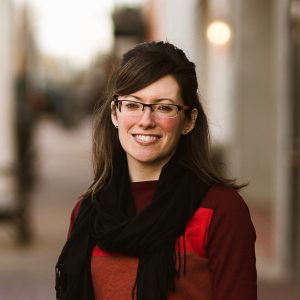 Teaching and Research Interests
Slavery and the Law, Antebellum America

Broadly defined, Professor Twitty’s research focuses on questions of nineteenth-century American social and cultural history, with a special emphasis on legal and labor history, slavery and freedom, gender and women’s history, and the history of the South and Midwest. She joined the faculty at the University of Mississippi in the fall of 2010 after completing her bachelor’s degree in political science at The George Washington University in Washington, D.C. and her master’s and doctoral degrees in history at Princeton University.

Her first book, Before Dred Scott: Slavery and Legal Culture in the American Confluence, 1787-1857, was published by Cambridge University Press in 2016. It draws upon a remarkable collection of nearly 300 freedom suits filed in the St. Louis circuit court to examine the legal history of slavery and freedom in the American Confluence, a site where portions of present day Ohio, Indiana, Illinois, Kentucky, and Missouri meet. In this fluid region, it argues, ordinary people—including masters, slaves, indentured servants, and all those they came into contact with—developed a distinctive legal culture characterized by a sophisticated and widespread knowledge of formal law, the hallmark of which was the landmark United States Supreme Court case Scott v. Sandford.

She is currently pursuing a new book project that examines the multiple forms of unfreedom that persisted across the putatively “free North” in the early national and antebellum eras.

Listen to Professor Twitty discuss her research on podcasts with New Books Network and the Institute for Justice’s Bound by Oath episode on “John Rock and the Birth of Birthright Citizenship.”

Professor Twitty has also been active in efforts to study and contextualize the practice of slavery at the University of Mississippi. She has been a dedicated member of the University of Mississippi Slavery Research Group since its founding. In addition to presenting her own research on student slaveholding wealth, she has represented the UMSRG at national conferences, advised the graduate student researchers it employs, maintained both its website and social media accounts, and helped establish a campus slavery tour program that introduces current students and visitors to the history of slavery and enslaved people on campus.

Professor Twitty has likewise worked to help the University confront its racially divisive past. In the Spring of 2016 she was at the forefront of the history department’s efforts to persuade the administration to revise the text on a plaque it had placed in front of the Confederate monument on the University’s campus and co-authored a departmental report detailing the historical context and meaning of the Confederacy and the Confederate monument at the University. She was subsequently appointed to serve on the Chancellor’s Advisory Committee on History and Context, which produced a comprehensive set of recommendations about how the University should contextualize important historical sites on campus in the Summer of 2017.

In the summer of 2020, Professor Twitty discovered the full text of the address that was given by Mississippian Charles Scott at the 1906 unveiling of the Confederate monument on the University of Mississippi’s campus. This speech was reprinted by the Vicksburg Herald on May 11, 1906, and has been transcribed in full. Professor Twitty subsequently wrote about the discovery and its significance for The Atlantic.

In addition to this work related to slavery and its legacy on the University of Mississippi’s campus, Professor Twitty also served as the Secretary for the American Society for Legal History from 2018-2021.

Professor Twitty teaches courses on the rise and fall of American slavery, the early national and antebellum eras, gender history, and historical methods.

During the 2021-2022 and 2022-2023 academic years, Professor Twitty will be a Kinder Institute Distinguished Visiting Professor of Legal History at the University of Missouri.