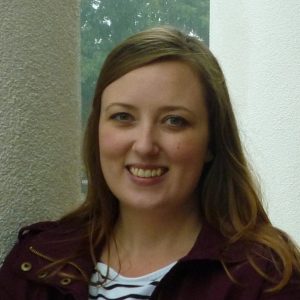 Monica N. Campbell, a Ph.D. candidate in the Arch Dalrymple III Department of History, has been awarded an Albert J. Beveridge Grant to support research in the history of the Western Hemisphere (United States, Canada, and Latin America) from the American Historical Association.

Campbell will use this money together with a Dalrymple Research Grant for summer 2019 to visit the LBJ Library in Austin and to revisit the archives at the University of Arkansas in Fayetteville.

These research trips will help Campbell complete her dissertation, which charts the implementation of wholly market and private sector based urban planning policies through Little Rock’s Metroplan urban renewal program in the 1950s/60s. Specifically, she examines how Little Rock’s urban renewal strategists adapted the policies that became neoliberalism – including the destruction of public housing, the public-private coalition of city government and private investors, and gentrification – decades before they appeared in larger cities. She argues that, although on the national periphery and controversial in the 1950s, Little Rock’s urban renewal policies helped redefine the center ground of American political economy twenty years later. Close examination of this moment in urban history illustrates how smaller cities served as laboratories for urban renewal plans that centered around business and pro-growth politics to revitalize city centers, rather than escape them, in conjunction with state anti-labor policies that would inform the emergence of third-way liberalism in the 1970s.