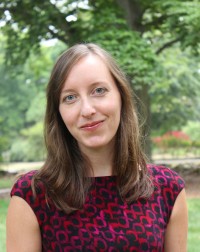 The Southern Association for Women Historians has awarded Jessica Wilkerson, Assistant Professor of History and Southern Studies, the 2017 A. Elizabeth Taylor Prize, which is given annually for the best article on women’s history published during the preceding calendar year.

Wilkerson’s winning article, “The Company Owns the Mine but They Don’t Own Us: Feminist Critiques of Capitalism in the Coalfields of Kentucky in the 1970s,” appeared in Gender & History last March. It examined women’s involvement in the Brookside Mine strike of 1974, which captivated US audiences and provided women with an unprecedented public platform to challenge the class and gender system undergirding coalfield capitalism. During the strike, Wilkerson shows, female kin of miners in Harlan County, Kentucky, started a club to support striking miners and their families and to organize picket lines and were joined by women from across the region and country.

With the strike as their foundation these women generated a women’s movement that revealed the specific ways class and gender inequality shaped their lives, defined by the heavy-duty care work characteristic of the coalfields. The Brookside women’s support of striking miners, Wilkerson demonstrates, was fundamentally about gendered class inequality: the denigration of working-class, female caregivers alongside the devaluing of men’s labour. Using collective memory and individual experience as their interpretive devices, her article reveals how the Brookside women forged a class-conscious feminism that exposed the traumas of coalfield capitalism, shone a light on women’s unpaid care work (one of the foundations of corporate capitalism), and destabilized the gender and class hierarchies that defined coalfield communities.