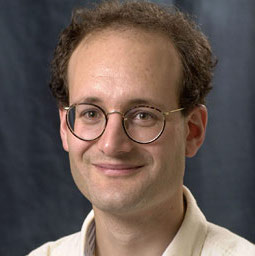 Joshua Howard, Croft Associate Professor of History and International Studies, has received a residential fellowship at the School of Historical Studies at the Institute for Advanced Studies for the 2019-2020 academic year.

His project, “New China Daily: Social Change and the Class Project in Wartime Nationalist China” is the first study of the Chinese Communist press and its relationship to social change and labor during the Second Sino-Japanese War (1937-1945) and postwar labor movement. Broadening our perspective beyond a history of military conflict, political and institutional change, he argues that the Anti-Japanese War induced social change and working-class formation in Nationalist China’s cities, that was both reflected and facilitated by the New China Daily (Xinhua ribao).

The Institute for Advanced Study is one of the world’s leading centers for curiosity-driven basic research. Since 1930, it has served as a model for protecting and promoting independent inquiry, prompting the establishment of similar institutes around the world, and underscoring the importance of academic freedom worldwide.

The Institute’s mission and culture have produced an exceptional record of achievement. Among its present and past Faculty and Members are 33 Nobel Laureates, 42 of the 60 Fields Medalists, and 18 of the 20 Abel Prize Laureates, as well as many MacArthur Fellows and Wolf Prize winners. Past Faculty have included Albert Einstein, one of its first Professors who remained at the Institute until his death in 1955, and distinguished scientists and scholars such as Kurt Gödel, J. Robert Oppenheimer, Erwin Panofsky, Hetty Goldman, Homer A. Thompson, John von Neumann, George Kennan, Hermann Weyl, and Clifford Geertz.