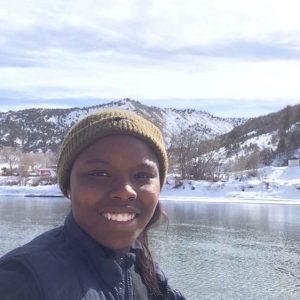 Kaimara Herron is the winner of the 2018-2019 Tennin-Alexander Prize for the best non-thesis graduate history paper for her work on “‘In the Hands of Responsible Persons’: Social Services, Memory, and Politics in the Mississippi State Federation of Colored Women’s Clubs, 1904-1942.” This prize, which was decided by an awards committee consisting of Professors Rebecca Marchiel (chair), Garrett Felber, and Eva Payne, comes with a $750 award.

Herron’s paper, which was completed for Professor Darren Grem’s HST 702: Research – US from Civil War to Present, demonstrates the centrality of Black clubwomen to 19th century postbellum politics. Building upon Elsa Barkley Brown’s insight that Black women’s formal political exclusion did not equal marginalization from informal political influence through collective community politics, Herron argues that these clubwomen’s activism cannot not be reduced to “racial uplift.” By tracing two of the Mississippi State Federation of Colored Women’s Clubs’ projects – the Old Folks Home in Vicksburg, MS and the Margaret Murray Washington Home for Juvenile Delinquents near Clinton, MS – Herron shows how memory work and the politics of space were used in the absence of formal policymaking channels. For example, while white women used social and political capital to reshape the physical landscape of the New South with confederate monuments, school curricula, and venerations of the Lost Cause, the MSFCWC reclaimed and renovated antebellum homes intended for the formerly enslaved to create spaces of care and remembrance. Both the Old Folks Home and the Juvenile Home challenged and recast the Lost Cause narrative through a contested politics of space and memory. Through such projects, Black clubwomen in Mississippi engaged in a nuanced form of political engagement not easily reduced to racial uplift or respectability politics.