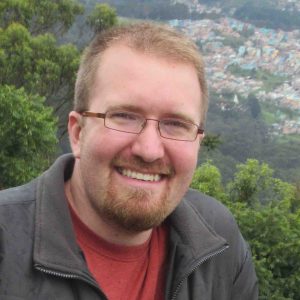 Arch Dalrymple III Department of History Ph.D. candidate Phil Baltuskonis has won two external grants that will fund research on his dissertation, which explores the role of ideas in shaping the social movements that led individuals in Spanish America to reject the Spanish crown and explore ideas of independence.

In January 2018, Baltuskonis will travel to the Lily Library in Bloomington, Indiana on a Mendel Fellowship, which is designed to support research by scholars from around the world in areas of particular interest to the Mendel family, including the history of the Spanish Colonial Empire, Latin American independence movements, European expansion in the Americas, and voyages, travels and exploration. Baltuskonis’s research in Bloomington will center on the correspondence among members of the eighteenth century Royal Botanical Expedition to New Granada.

After completing this trip, Baltuskonis will travel to Seville and Madrid with support from the University of Mississippi graduate school and the Arch Dalrymple III Department of History. There he will undertake research in the colonial archives. Finally, a visiting Ph.D. fellowship from the Universidad del Rosario will bring Baltuskonis to Bogotá, Colombia. The archives in Bogotá will allow him to explore the impact that people connected to the leaders in and around the city had on the creation of a new Latin American state.

Baltuskonis’s dissertation, “Hesitant Independence in Spanish America: Science, Patronage, and the Power of Community,” examines the social networks created by the alumni of the Colegio del Rosario, a private university founded in Bogotá in 1653, and the members of the Botanical Expedition to New Granada (present-day Colombia), as well as their connection to the revolutions in Spanish America during the late colonial period. His work is being supervised by Douglass Sullivan-González.