The Black Christ of Esquipulas: Religion and Identity in Guatemala
University of Nebraska Press, 2016 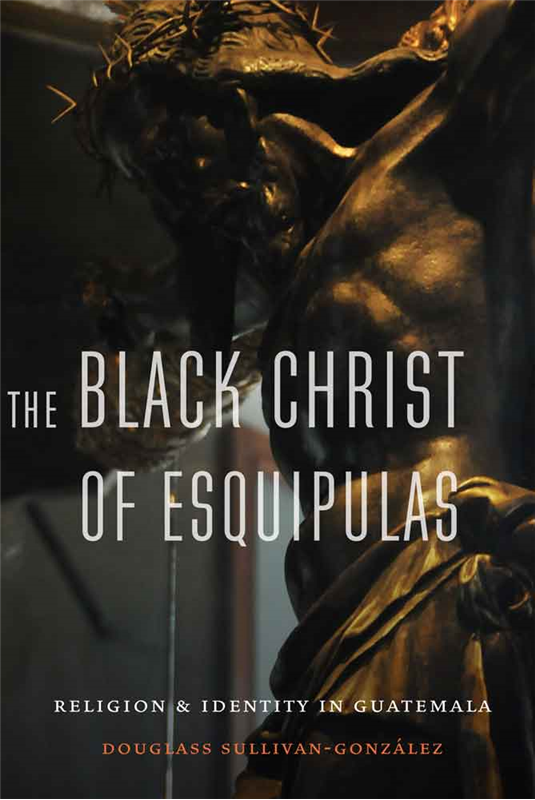 On the eastern border of Guatemala and Honduras, pilgrims and travelers flock to the Black Christ of Esquipulas, a large statue carved from wood depicting Christ on the cross. The Catholic shrine, built in the late sixteenth century, has become the focal point of admiration and adoration from New Mexico to Panama. Beyond being a site of popular devotion, however, the Black Christ of Esquipulas was also the scene of important debates about citizenship and identity in the Guatemalan nation throughout the nineteenth and twentieth centuries.

In The Black Christ of Esquipulas, Douglass Sullivan-González, professor of history and dean of the Sally McDonnell Barksdale Honors College, explores the multifaceted appeal of this famous shrine, its mysterious changes in color over the centuries, and its deeper significance in the spiritual and political lives of Guatemalans. Reconstructed from letters buried within the restricted Catholic Church archive in Guatemala City, the debates surrounding the shrine reflect the shifting categories of race and ethnicity throughout the course of the country’s political trajectory. This “biography” of the Black Christ of Esquipulas serves as an alternative history of Guatemala and sheds light on some of the most salient themes in Guatemala’s social and political history: state formation, interethnic dynamics, and church-state tensions. Sullivan-González’s study provides a holistic understanding of the relevance of faith and ritual to the social and political history of this influential region.