“If President Trump loses in 2020, it won’t be because of Joe Biden”

On May 15, 2020, Instructional Associate Professor Robert Fleegler published the piece below in the “Made by History” section of the Washington Post. 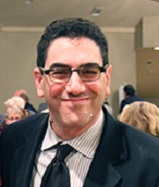 Democrats are fretting as Joe Biden is unable to actively campaign because of the coronavirus, fearing it’s costing him valuable time that he needs to make the case against Donald Trump. But they need not worry. Only three incumbent presidents who have been elected in their own right — Herbert Hoover, Jimmy Carter and George H.W. Bush — have lost their reelection bids in the past 90 years and history shows that they weren’t defeated because their opponents ran stellar campaigns, even if they went on to be influential presidents themselves. Rather external events and incumbent missteps turned the campaigns into referendums on the man in the office. The challenger needed to do relatively little to take advantage of what circumstance provided.

When Hoover was elected in 1928, he was one of the most respected figures in the entire country. He had organized food relief to war-torn Europe during World War I and been an able Secretary of Commerce for Presidents Warren Harding and Calvin Coolidge. Even a member of the opposing party, Woodrow Wilson’s assistant secretary of the Navy, Franklin Roosevelt, was moved to say in 1920 that Hoover “is certainly a wonder and I wish we could make him president of the United States. There could not be a better one.” Unfortunately for Hoover, the stock market crashed a mere seven months into his presidency and while it was certainly not his fault, he didn’t take aggressive action to rescue the economy as the Great Depression got underway. Eerily reminiscent of President Trump’s declarations that the pandemic was over just as it was beginning, Hoover repeatedly declared that prosperity was around the corner, showing himself to be out of touch with his desperate constituents. The country dubbed neighborhoods filled with unemployed people “Hoovervilles” in his honor.

While Roosevelt is today recalled as the godfather of 20th century activist government and one of America’s greatest presidents, when he ran in 1932 his campaign featured no exceptional program or clear ideology. Indeed, Roosevelt espoused contradictory themes, on one hand calling for bigger government and on another attacking Hoover for failing to balance the budget. “I regard reduction of federal spending as one of the most important issues in the campaign,” the candidate declared. Even his own advisers were left perplexed as to his governing policy. But it didn’t matter in the end, with 25 percent of the country out of work and little hope on the horizon, Roosevelt won easily in a landslide.

Jimmy Carter encountered similar problems and like his fellow engineer Hoover, did not handle them well. The unprecedented combination of high inflation and high unemployment that plagued the Me Decade — which became known as “stagflation”— intensified during Carter’s term of office in the late 1970s. Faced with these travails, Carter addressed the country via national television in July 1979 to talk not about these bread-and-butter concerns, but rather what he saw as the nation’s dangerous loss of faith in its major institutions. “The threat is nearly invisible in ordinary ways. It is a crisis of confidence,” he explained, “It is a crisis of confidence that strikes at the very heart and soul and spirit of our national will.” To some it seemed that he was blaming the American people for the nation’s difficulties and what became known as the “malaise” speech backfired on the former Georgia governor.

Things only got worse for Carter when Iranian radicals seized the U.S. Embassy in Tehran a few months later in November, taking 52 Americans hostage. In the short term, the country rallied around the president — just as they did early in the pandemic to Trump — helping Carter push back a primary challenge from Ted Kennedy. But as the saga wore on, it crippled his presidency and by extension the whole country as it dominated the national discussion. The crisis, along with a failed attempt to rescue the hostages, made Carter seem like a weak and ineffectual leader.

While Ronald Reagan’s victory in 1980 is often remembered as an inevitable step in the country’s turn to the right, polls remained close as the candidates’ first and only debate approached a week before the election. Demonstrating the centrality of the incumbent’s performance to the outcome, Reagan famously asked those watching at home, “Are you better off than you were four years ago?” with most answering “no” to themselves — just as they would have if Roosevelt had posed the same question in 1932. Carter’s fate was then sealed when last-minute negotiations to bring the hostages home fell through, paving the way for the Reagan landslide.

George H.W. Bush’s defeat in 1992 seemed far less likely than Hoover’s or Carter’s as his presidency got off to a roaring start. The end of the Cold War in 1989 along with the triumph in the 1991 Persian Gulf War produced record approval ratings for Bush. Prominent Democratic challengers like Bill Bradley, Dick Gephardt and Al Gore decided to forgo a race against a seemingly invincible incumbent. Only far lesser-known candidates like former Sen. Paul Tsongas and Arkansas Gov. Bill Clinton were willing to enter the fray.

While Clinton is now remembered as a once-in-a-generation political talent, many held profound doubts about his electability in the spring of 1992. He had nearly destroyed his political career with a disastrous speech at the 1988 Democratic convention and many saw his alleged womanizing as well as his efforts to avoid the Vietnam-era draft as potentially fatal liabilities. “We have to recognize reality,” declared Pennsylvania Gov. Robert P. Casey Sr. in April 1992, “We are not producing a nominee who has a good crack at winning in November.” As late as June, Clinton was behind not only Bush, but also independent Texas billionaire Ross Perot — who in many ways was a progenitor of Trump — who led both career politicians at that point.

But in the end the fundamentals were almost enough on their own as the recession of 1990-91 and the jobless recovery that followed eroded Bush’s postwar popularity. Furthermore, he was seeking a fourth straight term for his party, a difficult challenge in any democracy and something that had not happened in the United States since Roosevelt and Harry Truman led the Democrats to five consecutive victories in the 1930s and 1940s. An anti-establishment mood took hold in the country, opening the door for a Washington outsider. But Perot first shockingly dropped out in July and then was not nearly as much of a threat when he surprisingly reentered the race in October. With Bush weighed down by the economy and the country fatigued after 12 years of Republican control of the White House, Clinton made “change” his mantra to win by a considerable margin in the electoral college, though he only won a plurality of the popular vote.

None of this means that covid-19 spells Trump’s defeat for sure in the fall. It just means that Biden’s chances to win will likely be determined by forces beyond his control rather than by how much he’s able to get out on the trail. And it is a reminder that in electoral politics, chance and circumstance often matter more than strategy or political skill.