Rhonda Williams to Give 2017 Gilder-Jordan Lecture 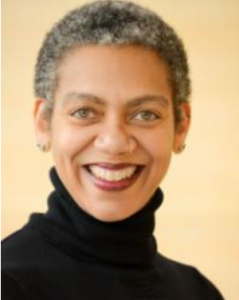 Dr. Rhonda Y. Williams of Vanderbilt University will deliver the 2017 Gilder-Jordan Lecture in Southern Cultural History, “Concrete Demands: The Search for Black Power, Then and Now” on Wednesday, September 6, 2017 at 7 p.m. in Nutt Auditorium.

Dr. Williams is a professor of history, the founder and director of the Social Justice Institute, and the inaugural John L. Siegenthaler Chair in American History at Vanderbilt University. The author of Concrete Demands: The Search for Black Power in the 20th Century (2015) and the award-winning The Politics of Public Housing: Black Women’s Struggles against Urban Inequality (2005)Williams has been honored by History News Network as a Top Young Historian; the Organization of American Historians as a Distinguished Lecturer; and is listed in the 2009 and 2015 editions of Who’s Who in Black Cleveland. Williams is a recipient of an American Association of University Women Postdoctoral Fellowship and a former Harvard University W.E.B. Du Bois Institute Fellow. She is the co-editor of the recently launched book series, Justice, Power, and Politics, with the University of North Carolina Press and co-editor of Teaching the American Civil Rights Movement.

Her publications include articles on black power politics, the war on poverty, low-income black women’s grassroots organizing, and urban and housing policy. Her research interests include the manifestations of race and gender inequality on urban space and policy, social movements, and illicit narcotics economies in the post-1940s United States.

Williams, also known as “Dr. Rhonda,” also has been engaged in local community efforts, including on police and criminal justice reform as a member of the Collaborative for a Safe, Fair, and Just Cleveland, and the “Cleveland 8.” She has appeared on MSNBC and Democracy Now! Currently, she is serving as a Commissioner on the Cleveland Community Police Commission, which was empaneled in September 2015. She is a Baltimore native.

Organized through the Center for the Study of Southern Culture, the African American Studies Program, Center for Civil War Research, and the Department of History, the Gilder-Jordan Speaker Series is made possible through the generosity of the Gilder Foundation, Inc.  The series honors Richard Gilder of New York and his family, as well as his friends, Dan and Lou Jordan of Virginia. Contact Becca Walton at rwalton@olemiss.edu if you have any questions about the lecture.