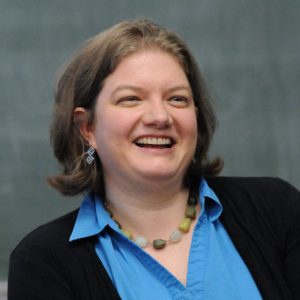 The Arch Dalrymple III Department of History is delighted to welcome Susan Gaunt Stearns to Oxford. Professor Stearns was hired as an Assistant Professor of History with a focus on Revolutionary America in the Spring of 2016 and joins us this fall after completing her term as a Jack Miller Center Postdoctoral Teaching and Research Scholar at Northwestern University.

Professor Stearns holds a bachelor’s degree from Yale University, a Master’s in Teaching from the University of Louisville, and a doctorate from the University of Chicago. Her work focuses on how various areas of economic activity, particularly land purchases and land speculation, influenced the ideologies and politics that shaped the nation in its first few decades of the early Republic.

In particular, Professor Stearns examines how the trans-Appalachian west — the region encompassing the Ohio and Mississippi River Valleys, came to be incorporated into the American union in the 1780s and 1790s. Drawing on research conducted in ten states and on two continents, she argues that it was the development of trade connections that helped to develop a shared conception of national interests that united the trans-Appalachian west to the rest of the union. Her works focuses in particular on the period from 1784 until 1803 when Spain (and later France) the Gulf South and large parts of the Mississippi River — the primary trading outlet available to migrating western settlers. When Spain closed the Mississippi to American trade, it touched off an economic crisis in the trans-Appalachian west that forced an explicit evaluation the region’s relationship with the rest of the union.

During the fall semester, Professor Stearns is teaching two undergraduate courses, an honors section of HST 130: Intro to US History to 1877 and HST 401: Colonial America, 1607-1763.