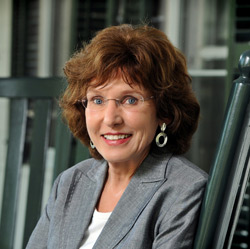 Dr. Jacquelyn Dowd Hall, Julia Cherry Spruill Professor Emeritus, UNC-Chapel Hill, and founding director emeritus of UNC’s Southern Oral History Program, is past President of the Organization of American Historians, the Southern Historical Association, and the Labor and Working Class History Association. Dr. Hall’s research interests include women, labor, and the American South. She is the author of prizewinning books and articles, including Like a Family: The Making of a Southern Cotton Mill World (1987; coauthor); Revolt Against Chivalry: Jessie Daniel Ames and the Women’s Campaign Against Lynching (1979); “Disorderly Women: Gender and Labor Militancy in the Appalachian South,” Journal of American History (1986); and “The Long Civil Rights Movement and the Political Uses of the Past,” Journal of American History 91 (March 2005), now one of the most widely cited and assigned examinations of the movement. In 1999, she was awarded a National Humanities Medal for her leadership of the Southern Oral History Program and her efforts to deepen the nation’s understanding of and engagement with the humanities. She was elected to the American Academy of Arts and Sciences in 2011. In 2013, she received the Mary Turner Lane Award for outstanding contributions to the lives of women at UNC-Chapel Hill. She is currently completing Writing a Way Home: The Lumpkin Sisters, From the Lost Cause to the Popular Front (forthcoming, W.W. Norton).

Organized by the Center for the Study of Southern Culture, the African American Studies Program, Center for Civil War Research, and the Department of History, the Gilder-Jordan Speaker Series is made possible through the generosity of the Gilder Foundation, Inc. The series honors Richard Gilder of New York and his family, as well as his friends, Dan and Lou Jordan of Virginia.

Past Gilder-Jordan lecturers have been Barbara J. Fields of Columbia University, David Blight of Yale University, Grace Elizabeth Hale of the University of Virginia, and Walter Johnson of Harvard University. Learn more about past lectures here.