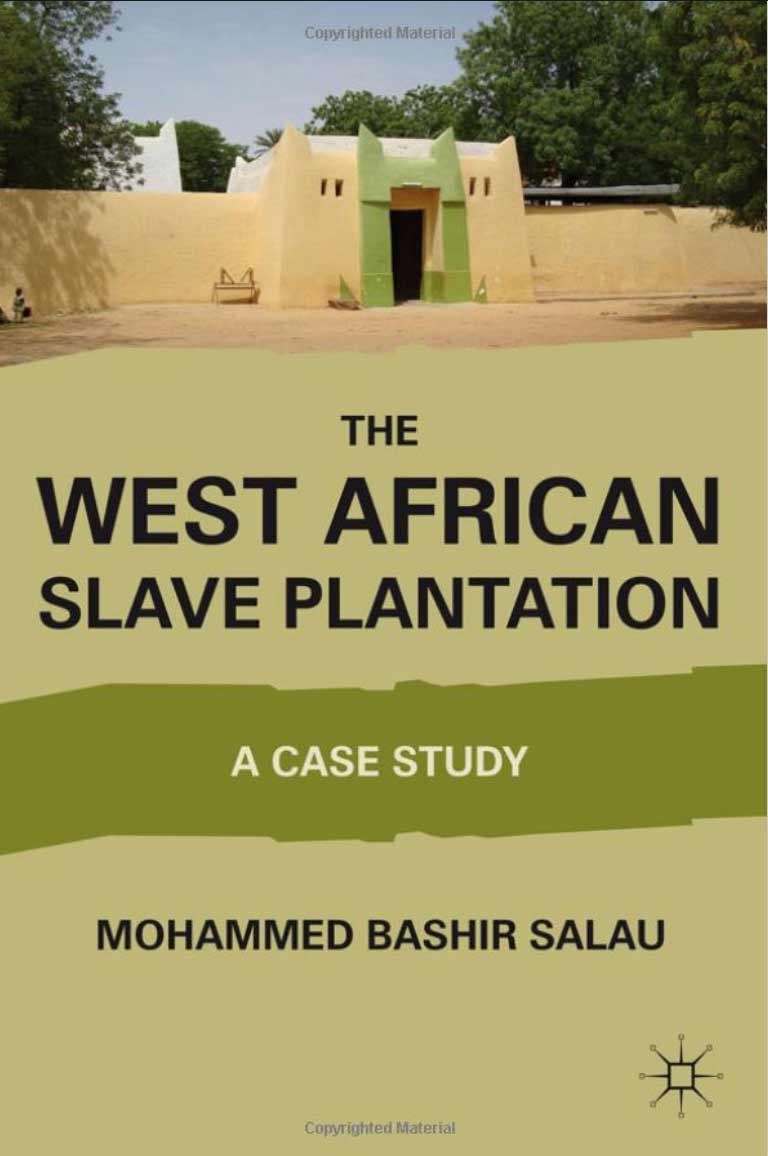 The literature on Atlantic slavery is rich with accounts of plantation complexes in the Americas, but to date none have been produced for West Africa. In this valuable study, The West African Slave Plantation: A Case Study, Mohammed Bashir Salau helps to address this lacunae by looking at the plantation operations at Fanisau in Hausaland, and in the process provides an innovative look at one piece of the historically significant Sokoto Caliphate. The case study calls into question the assumption that servile institutions in West Africa were “serf villages” and not “slave plantations,” and argues that manumission was less common, at least in the Caliphate, than generally believed. Also, it provides evidence on the key role of the emir of Kano (Abbas) and various merchants in the transition to groundnut cultivation and the significant use of slave labor by large estate holders in the early twentieth century.

“Salau’s study of a plantation complex in the Sokoto caliphate fills an important gap in the global studies of slavery and plantation systems. It is an exciting exploration into a system of agricultural production, the plantation, that has not been given sufficient consideration in African history; nor have we had sufficient African case studies to allow useful comparative studies with New World plantations. It uses a rich trove of oral histories, collected from among people who were either themselves slaves or who supervised slaves, to document the ways that African plantations were managed and slaves controlled and resisted. This is a richly textured study that is a major contribution to our understanding of plantations as economic and social systems and the agency of slaves who, in this case, were drawn into the cash crop economy of a West African colony.”
— Carolyn Brown, Professor, Department of History, Rutgers University

“This book is an important contribution to knowledge. By and large, Africanists do not have the data to write the kind of study which is available for village and plantation studies in the West Indies or the United States. Salau has, however, an exceptional source consisting of a large fund of oral interviews and a significant number of written sources. It makes it possible for him to provide a detailed account of how a rural plantation in Hausaland operated. I do not know of any other study which details the daily life of the slave economy in Africa and makes clear how the court interfaced with the rural economy. Such village studies are crucial for any kind of comparative analysis, and though there are other village studies, none give such an accurate picture of life on a slave plantation.”
—Martin Klein, Professor Emeritus, Department of History, University of Toronto

Author Mohammed Bashir Salau is Assistant Professor of History at the University of Mississippi. Salau received his Ph.D. in African Diaspora history at York University, Canada, in 2005. He is the author of articles published in Journal of African History, African Economic History and several edited volumes. He is now working on a biography that focuses on Dorugu Kwage Adam, a Hausa man in Central Sudan who was enslaved during the early years of his life in the mid-nineteenth century, and on a book tentatively entitled Plantation Slavery in the Central Sudan on comparative slavery.