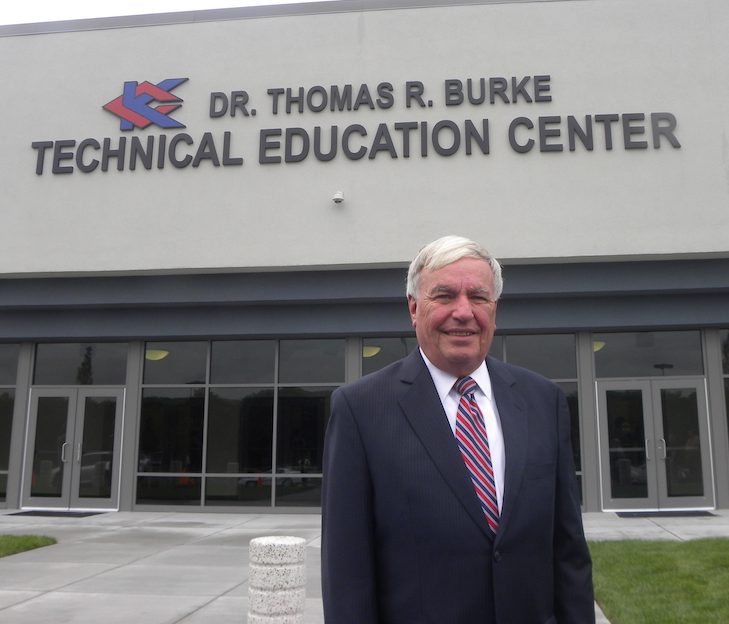 Why did you choose your major(s)?
History (interest); History (job); Higher Education (advancement)

Tell us about your Kellogg fellowship at UM.
As you probably know, the community college began in earnest during the 1960s and continued into the 1970s.  Some states, such as Mississippi and Kansas, for example, already had strong junior college systems and the conversion was easy.  But many other states, such as Virginia and Missouri, had few or no public junior colleges at all.  Consequently, hundreds of new two-year colleges were established during the 60s and 70s.  The Kellogg Foundation set up programs at various universities to produce highly qualified instructors, student services personnel and administrators for these new institutions.

At Ole Miss, a two-year MSS program was established to produce a graduate that had completed a minimum of 24 graduate semester hours in history and 18 graduate semester hours in one social science.  Thus, the graduate would meet the minimum standards of the regional accrediting agencies to teach two disciplines.  In addition, the graduate had completed a minimum of 15 graduate hours in higher education, either teaching, student personnel and/or administration.  Up to a total of 72 hours was covered by the fellowship.  In my case, however, I didn’t even know what a community college was.  I wanted to be a university history professor.  Leon Boothe headed up the program for the department and he suggested that I accept the fellowship but take all history courses with the exception of the higher ed segment which was required by the fellowship.  It also provided for a teaching internship at one of the Mississippi junior colleges.  Leon went on to be Dean of Liberal Arts at George Mason University and finally President of Northern Kentucky University.  (A guy by the name of David Sansing replaced him at Ole Miss.)  I did as he recommended, wrote my thesis and received a MA with 54 hours in history and 15 in higher education.  I was hired as a history instructor at Mountain Empire Community College in Big Stone Gap, VA, in the fall of 1972.  And the rest, as they say, is history.

I originally started with a European history specialization.  Jim Cook got me hooked on European diplomatic history but there were only so many European graduate courses.  And for 54 hours, I had to take several American history courses as well.  My thesis was on the presidential campaign of Champ Clark in 1912.

What are some points of pride from your time as President of KCKCC?
I would have to say the proudest was having our Phi Theta Kappa chapter [honor society for community colleges headquartered in Jackson, MS] being named the outstanding chapter internationally, with the award presented at the annual convention in Nashville.  One personal accomplishment was being named as a Shirley B. Gordon Outstanding President by Phi Theta Kappa, International.

Also, the Hispanic Chamber of Commerce of Greater Kansas City recognized KCKCC for its work with hispanic students in the region.

Legislatively, I was chair of the Kansas Community College Council of Presidents when the legislature authorized and the Governor signed the Higher Education Reform Act of 1999, which moved coordination of all four-year colleges and universities and community colleges under the Kansas Board of Regents.  Before, it had been divided between the state board of regents and the state board of education (K-12).  Talk about a lot of closed door negotiations.

KCKCC named a technical education center after you!  Tell us about that.
As far as the tech center, the legislature included in the reform act measures that would bring all vocational-education out from under the state board of education and placed it under the Board of Regents.  Area vocational schools had the option of becoming free-standing technical colleges subject to accreditation by the NCA Commission on Higher Education or merging with a nearby community college or university.  In Kansas City, the area vocational school was about 20 blocks from the college’s main campus.  But the school district owned the buildings and wanted possession of them.  So, I had to develop a new campus.

What is the value of studying history education in today’s world?
Interesting question. In 1987, I received a survey from the University of Michigan asking me to comment on my first year as a college president.  They asked to identify my most useful coursework for career as a college president. Then they offered business administration, higher education administration, etc.  Under other, I marked “Diplomatic History.” Where else could you learn about negotiation, appeasement, listening to others, having others listen to you.  In other words, “human interaction.” Do you know I never heard back from them. Obviously, it wasn’t what they wanted to hear.