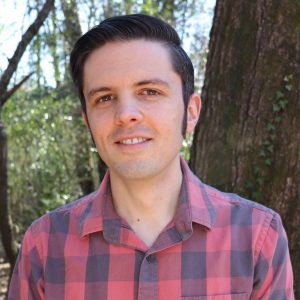 Paul J. Polgar is a historian of slavery, race, and emancipation in the United States, with a particular interest in Black freedom and rights movements from the Revolution through Reconstruction. He has published widely on race, citizenship, and anti-racist activism, from African American disfranchisement in early national New York to Black Boston’s protests against the film The Birth of the Nation.

His first book, Standard-Bearers of Equality: America’s First Abolition Movement (University of North Carolina Press, 2019), was a finalist for the Harriet Tubman Prize. It recovers the racially inclusive vision of the United States’ first abolition movement, created by a coalition of Black and white activists in the three decades following the American Revolution. By guarding and expanding the rights of people of African descent and demonstrating that Black Americans could become virtuous citizens of the new nation, these activists, whom Polgar names “first movement abolitionists,” sought to end white prejudice and eliminate racial inequality in the American republic. Beginning in the 1820s, however, the colonization movement, which viewed Black inequality as permanent and white prejudice as unconquerable, marginalized the activism of America’s first abolitionists and obscured the racially progressive origins of American abolitionism that Standard-Bearers of Equality recaptures. Through reinterpreting the early history of American antislavery, Polgar shows that the late eighteenth and early nineteenth centuries are as integral to histories of race, rights, and reform in the United States as the mid-nineteenth century.

Professor Polgar is now at work on two projects. His second book project extends his reevaluation of African American rights movements in the early United States by examining anew the emergence in the Reconstruction era of a broad electoral coalition in support of a pathbreaking expansion of Black civil and political rights. An Abolition Peace: Black Rights, the Union Cause, and the Rise of Radical Reconstruction will trace an evolving political culture in the 1860s that braided African American rights with Republican Party identity and the meaning and consequences of the Civil War. The popular political culture that undergirded the expansion of African American citizenship in the post-Civil War period viewed the progression of Black rights as a means of securing the Union as opposed to an end in itself. Therefore, while illustrating the ways in which national reunion became intertwined with assertions of Black citizenship during Reconstruction, this project will simultaneously reveal the limits of the popular political contours of such a vision as a durable mechanism for the elevation of African American rights. Polgar is also the co-editor of Constructing Racial Slavery in the Atlantic World (under review by the University of Pennsylvania Press), an edited collection of essays that situates the origins of slavery and race in the United States in a broader, comparative context of hemispheric scope.