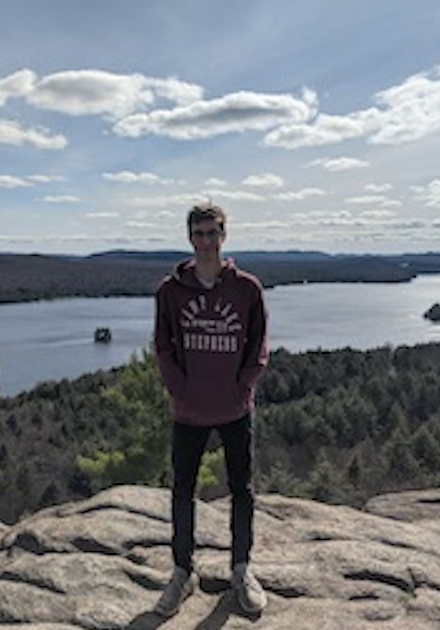 A history student with a minor in German, Griffin works at the University Museum as an instructor for after school art programs and a docent for museum tours.  He particularly enjoys student engagement with art projects while promoting creativity and individualism in young people.

Why did you choose to attend UM?
I am from Oxford, so it was a natural choice to attend Ole Miss from a logistical and financial standpoint. The history department is good, and I am excited to be a part of such a big school.

What are your career goals?
I hope to get my doctorate and become a professor who can write books.

Is there a professor who has been particularly helpful to you?
Dr. Chris Hutchinson in the German program has particularly helpful. I had him every day for two semesters which created a good relationship between us. He has always been available to answer any questions I might have and has been a great professor overall.

What has been a particularly meaningful way you have engaged in a community –either on or off-campus?
I work at the University Museum, and through that I co-teach a class called Art Zone, which teaches 3rd and 4th graders different art styles, and parts of art history. It has been extremely rewarding to help the younger generation learn about culture and history in such a good environment.

What do you like to do outside of school (hobbies, interests)?
I enjoy playing soccer as well as making music with my friends.

What are you binge watching/reading/listening to?
I finished The Sopranos last semester and have been watching The Expanse on Amazon Prime since then.

Dream Travel Destinations?
My top three places to visit are Budapest, Rome, and Zurich. Budapest because it is such an interesting city having been founded by the Huns, and the two halves of the city not being connected by land until 1849. Rome because of the history, art, and significance, and Zurich simply because it is beautiful. 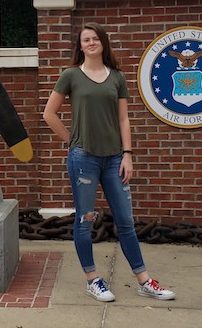 An Air Force ROTC cadet, Zoe is a history major with minors in aerospace studies and intelligence and security studies. The historians awarded her the Larry Givens Prize as one of the top juniors in the department. Zoe was a Cadet Training Assistant during AFROTC summer field training where she supported ~4,000 trainees and staff. She was an intern with the Department of State’s Division of Intelligence and Research where she worked with analysts to research foreign public opinion.

Why did you choose to attend UM?
I chose to attend Ole Miss because of the welcoming atmosphere and variety of interesting subject matter I could work and learn with! I became an aerospace studies minor (Air Force ROTC cadet) right away my freshman year; it’s something I’ve always known I wanted to do.

When and why did you choose your major(s)/minors?
At the end of my freshman year, I applied to and was accepted into the minor for intelligence and security studies. Both of my minors enable me to better understand the world I will step into upon graduating and commissioning. I began as a political science major, but switched to history when I found those classes more interesting and just as beneficial.

What are your career goals?
I focus on the East coast of Africa, especially Mozambique; the more I understand about the history of the region, the better I understand and interpret the events that happen there today. Upon graduation I plan to commission as a 2nd Lieutenant in the United States Air Force and can’t wait to see the world.

The legacy I plan to leave at UM is the impact I have on younger cadets in ROTC, and the impact they leave on the generations that come after them, and so on. Providing mentorship and seeing them grow into caring and confident leaders is the most rewarding experience I’ve ever had.

Is there a professor who has been particularly helpful to you?
Professor Zachary Kagan Guthrie in the history department has had the most impact on me as a student here. His survey course, Intro to African History, convinced me to be a history major. I highly recommend taking one of his classes, whether for your major, minor, or even general education requirement.

What do you like to do outside of school (hobbies, interests)?
Outside of school and ROTC, I compete on the club Women’s Ultimate team, as well as take my dog on trips to the park!

What are you binge watching/reading/listening to?
Right now I’m binging the Office for the 9th time (the first 5 seasons are free on Peacock, fyi) and keeping Morgan Wallen’s double album Dangerous on a constant loop.