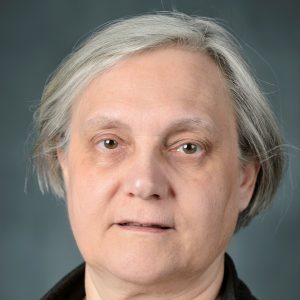 Chiarella Esposito, an historian of modern Europe, also serves as the director of the graduate advisory committee.

Professor Esposito is the author of America’s Feeble Weapon: Funding the Marshall Plan in France and Italy, 1948-1950, which was published by Praeger Press in 1994. Unlike earlier studies of the Marshall Plan, this volume concentrates not on events in Washington, but on those in France and Italy–the second and third largest beneficiaries of the Plan. Using U.S., French, and Italian sources, the author analyzes the impact of the Plan on French and Italian economic policy between 1948 and 1950. Taking neither a realist nor revisionist stance, the author argues that massive American aid to Western Europe was a perceived political necessity–that American, French, and Italian governments shared with Truman the strategic-ideological goal of Communist containment. Yet, not all of the philosophy embedded in the Plan could be implemented, and American ideology did not, therefore, have a decisive influence in reshaping postwar French or Italian economic policies.