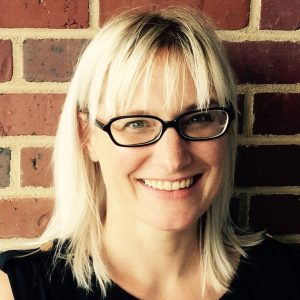 Frances Courtney Kneupper is a religious and cultural historian of the Late Middle Ages. Her research focuses on heresy, prophecy, and religious dissent in the Holy Roman Empire. Her publications include The Empire at the End of Time: Identity and Reform in Late Medieval German Prophecy and “The Wirsberger Brothers: Contesting Spiritual Authority Through Prophecy,” in Peoples of the Apocalypse/Völker der Endzeit. Dr. Kneupper’s current project is titled Future Things are Hidden from Mankind and Ought Not to Be Known: Contesting Knowledge of the Future in the Late Middle Ages. This project examines the debate in the later Middle Ages regarding knowledge of the future. Specifically, it considers how the contest over knowledge of the future engaged questions of authority and spiritual legitimacy.

Dr. Kneupper is also engaged in the use of digital media in the classroom. She has authored a digital textbook entitled Foundations of Western Culture through 1500. In collaboration with Cine Persona, she is also developing an online lecture series that utilizes visual media in an informal, creative format as a resource for students and educated lay people about the Middle Ages, an example of which can be found available here.