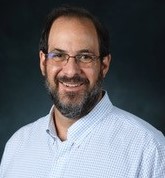 I have been a member of the faculty at the University of Mississippi since 2005 and regularly teach courses on the Enlightenment, the French Revolution and the Age of Revolution and Nationalism.  My research interests are focused on revolutionary Europe in comparative perspective, republicanism and the shift to a modern political world.

My current book project, “The International William Tell: A Republican Symbol in the Age of Revolution”, seeks to examine the trans-national Age of Revolution through the lens of William Tell.  The William Tell story provides an innovative way to capture the breadth of the period.  I propose using Tell, an internationally used symbol and flexible cultural production, as a framing device through which we can analyze the entire revolutionary period.  Revolutionary ideals, principles and problems were not bound by national borders; instead, I can use the Tell story (and how it was used by contemporaries) as a thread to connect various revolutionary experiences and examine civic discourse, the republican tradition, popular culture and the jagged transformation of political culture in the Age of Revolution.  The William Tell story was used by authors, playwrights, songwriters, musicians, composers, poets, painters, engravers, print-makers, clock-makers, politicians, and other political actors and members of the public to discuss fundamental issues of modern politics: who makes up the sovereign body politic, who are the free citizens entitled to natural and civil rights, and who is allowed to participate in the making of a modern political society?

This work will build on my research from my first book, A Laboratory of Liberty. In this book, I looked at three different cantons in Switzerland as a way to understand the shift to a politically modern federal state from an early modern confederation.  By looking at the republics of Switzerland, with both German speaking and French speaking areas, we can better understand the revolutionary period in Europe as a whole.