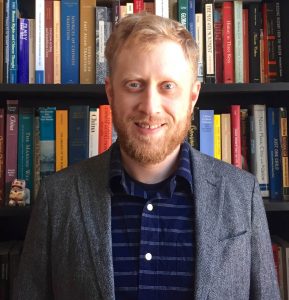 Peter Thilly, Assistant Professor of History, has received a postdoctoral fellowship for the 2019-20 academic year from the Henry Luce Foundation and the American Council of Learned Societies to work on his book manuscript, Opium and Capitalism on the Chinese Maritime Frontier.

Professor Thilly’s book provides a social history of the “opium century” – the one hundred years during which opiate narcotics dominated the Chinese economy and became normalized within Chinese society. By focusing on the criminal brokers who operated the drug trade, it tells overlapping stories about the local experiences of global imperialism, nationalism, statebuilding and corruption. The people who dealt in drugs, over the course of the opium century, he argues, carved out a particular capitalist version of local power in the face of encroaching, modernizing states. In so doing, drug traders transformed the processes of nation-building and imperialism in China.

The Henry Luce Foundation/ACLS Program in China Studies seeks to maintain the vitality of China Studies in the US and Canada through fellowships and grants designed primarily for scholars early in their careers. Postdoctoral fellowships support scholars in preparing their PhD dissertation research for publication or in embarking on new research projects. This program is made possible by a generous grant from The Henry Luce Foundation, with additional funding from the National Endowment for the Humanities.