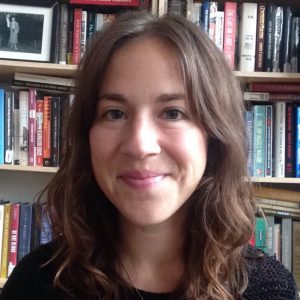 Rebecca Marchiel is an historian of urban history, political history, and the history of American capitalism. She is currently working on her first book project, “After Redlining: The Urban Reinvestment Movement in the Era of Financial Deregulation.” The book examines how the U.S. financial system shaped and was shaped by the political organizing of ordinary people during the last third of the twentieth century. It charts the story of a multiracial coalition of low- and moderate-income urbanites who sought community control over investment capital. Drawing on the unprocessed archive of the movement’s lead organization, National People’s Action, the project explores how activists fought to preserve the benefits of regulated banking at a time when the New Deal financial regime began to crumble.

Marchiel received her B.A. from the University of Michigan, and her Ph.D. from Northwestern University. She taught U.S. history at Franklin and Marshall College for one year before joining the UM faculty in 2015. She was awarded a fellowship from Harvard University’s Charles Warren Center, 2015-2106.