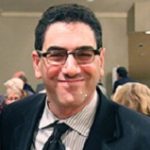 Professor Fleegler’s research focuses on immigration and politics in 20th-century America. His first book, Ellis Island Nation: Immigration Policy and American Identity in the Twentieth Century, was published by the University of Pennsylvania Press in 2013. Drawing on sources as diverse as World War II films, records of Senate subcommittee hearings, and anti-Communist propaganda, Ellis Island Nationdescribes how contributionism eventually shifted the focus of the immigration debate from assimilation to a Cold War celebration of ethnic diversity and its benefits—helping to ease the passage of 1960s immigration laws that expanded the pool of legal immigrants and setting the stage for the identity politics of the 1970s and 1980s. Ellis Island Nation provides a historical perspective on recent discussions of multiculturalism and the exclusion of groups that have arrived since the liberalization of immigrant laws.