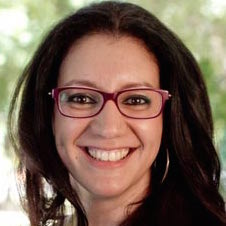 Vivian Ibrahim is a historian of the Modern Middle East and joined the University of Mississippi in 2011. She specializes in the history and politics of Egypt in the 19 and 20c.

Ibrahim’s current book project, “Détente Shows: Tutankhamun and the Global Cold War”, is a political interpretation of cultural practice. Prior to the Treasures of Tutankhamun exhibition, antiquities rarely travelled. Most often, displays remained at the museum where the antiquities were held. Between 1963 and 1978, objects from the tomb of Tutankhamun toured in an unprecedented global exhibition. Cultural exhibits rarely succeed to tell a national and ‘global’ story at the same time. Rather, there is often an inherent tension where the host nation and the exhibit are competing; the host nation is cosmopolitan, the exhibition is not. At its core, my project challenges this assumption. Ancient Egyptian antiquities were used as a tool by the modern Egyptian state to secure a new national and global story at the height of the Cold War. Antiquities provided the symbolic and popular capital, both in the West and in Egypt, to promote political détente.

The Copts of Egypt: Challenges of Modernisation and Identity, (I.B. Tauris, 2010; second edition 2013)

Muslims in Ireland: Past and Present, co-authored with Scharbrodt, Sakaranaho, Khan and Shanneik (University of Edinburgh Press, 2014)

For more details of Ibrahim’s publications see CV or: