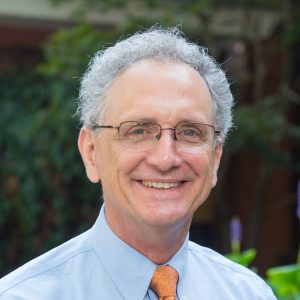 Douglass Sullivan-González authored The Black Christ of Esquipulas: Religion and Identity in Guatemala, published by the University of Nebraska Press in 2016, and Piety, Power, and Politics: Religion and Nation Formation in Guatemala, 1821-1871,  published by the University of Pittsburgh Press in 1998.  Sullivan-González also translated Edelberto Torres-Rivas’s Interpretación del desarrollo social centroamericano as History and Society in Central America in 1993 and he co-edited a manuscript with Charles Reagan Wilson on The South and the Caribbean, published by The University of Mississippi Press in 2001.  His most recent article, “History of Liberation Theology in Latin America,” will be published by Oxford University Research Encylopedia on Latin America in 2022.

Sullivan-González completed his Bachelor of Arts with Honors at Samford University and his Master of Divinity and Master of Theology at Princeton Theological Seminary.  He taught Church History and Social Ethics from 1984-1986 at the Nicaraguan Baptist Seminary in Managua, Nicaragua, and completed his Phd in Latin American History at The University of Texas at Austin.  He initiated his teaching career at UM as Assistant Professor in 1993, and then taught at Tulane University as Visiting Assistant Professor in the Department of History from 1999-2000  Sullivan-González served as Dean of the Sally McDonnell Barksdale Honors College from 2003-2021 and returned to the Department of History as Professor of History in 2021.