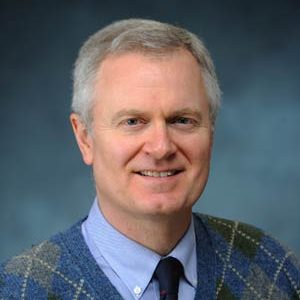 Jeffrey R. Watt joined the University of Mississippi faculty in 1988 and teaches lecture courses on the Renaissance, the Reformation, and the age of Absolutism and Enlightenment and seminars on women and the family in medieval and early modern Europe, historiography of European history to 1815, early modern social history, and witchcraft. His most recent book is The Consistory and Social Discipline in Calvin’s Geneva (University of Rochester Press, 2020). Free digital access to this book is available through the Sustainable History Monograph Pilot (https://library.oapen.org/handle/20.500.12657/42650), which is funded by the Andrew W. Mellon foundation. Previous publications include The Scourge of Demons: Possession, Lust, and Witchcraft in a Seventeenth-Century Italian Convent (University of Rochester Press, 2009); Choosing Death: Suicide and Calvinism in Early Modern Geneva (Truman State University Press, 2001); The Making of Modern Marriage: Matrimonial Control and the Rise of Sentiment in Neuchâtel, 1550-1800 (Cornell University Press, 1992); and articles in journals such as the Archive for Reformation History, Church History, the Journal of Early Modern History, the Journal of Social History, the Journal of Family History, and the Sixteenth Century Journal. He is also the editor of From Sin to Insanity: Suicide in Early Modern Europe (Cornell University Press, 2004) and The Long Reformation (Houghton Mifflin, 2006). Since 2010 he has been the director of the project to publish scholarly editions of the twenty-one volumes of the Genevan Consistory that date from the ministry of the reformer John Calvin, who created this morals court. Starting with volume six, he has been co-editor (with Isabella M. Watt) of these editions, which has resulted, thus far, in the publication of the following volumes: Registres du Consistoire de Genève au temps de Calvin, vols. 6–14 (Droz, 2012-20). Watt’s service to the profession has included a stint as Vice President (2009) and President (2010) of the Sixteenth Century Society and Conference, a scholarly organization with approximately 1,500 members.